Manatee exposes interfaces that allow external applications to interact with its context management and automation features. The primary integration mechanism is through a set of CCOW (opens new window) interfaces. CCOW defines a protocol which orchestrates synchronisation and sharing of state between applications on the same desktop.

The shared state is called the common context and changes to it are executed transactionally.

The standard also deals with an RPC mechanism where applications may request actions to be performed by other participants (or agents) through the context manager.

Some knowledge of the CCOW standard and the common terms defined here are assumed.

Manatee exposes ContextManager, -Data and -Action interfaces among others to implement the CCOW standard.

Besides Manatee as the primary on-desktop context manager implementation there are a few other components in play in a running context management system.

The Context Management Registry is a the component that keeps runtime- and configuration information about all the elements of the CCOW dance. First and foremost it is where the context manager can go and figure out which participants are available in its current location. Secondly it will contain information about each external participant;

For internal participants it will contain the scripting necessary to extract information from and manipulate the application in order to allow the application to respond to changes in the common context and report its own internal state changes back to the context manager.

Information in the CMR is either configured using the Cuesta web-interface or provided via the API exposed by Kwanza (the CMR implementation). The figure below illustrates the overall architecture.

There is also the possibility of running a centralised context manager and then having Manatees report into that instance (seen below). This allows context synchronisation across multiple devices or in a Citrix-style environment. 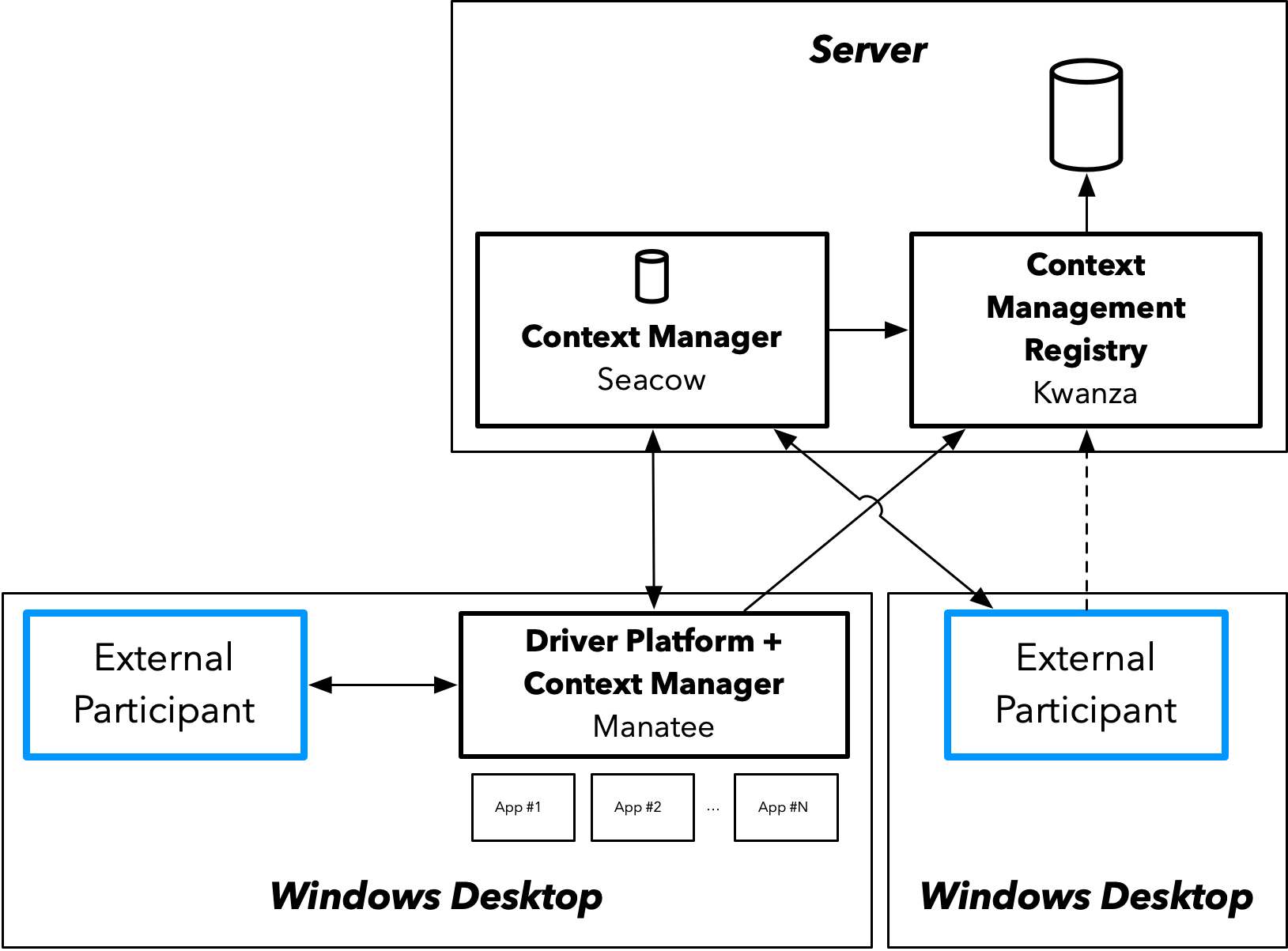 Finally Manatees can report to each other directly if setting up a centralised CM is not an option.

All communication channels offer encrypted options. Authentication is needed to configure the system and thus to get access to the keys needed for identification and connection to the context manager.

Read about the protocols that you can use to connect to Manatee with: